A freelance marketplace for online and remote workers.

A freelance marketplace for online and remote workers.

Pyrolancer is a plugin for October CMS used to create an online services marketplace, a platform that allows people to connect about online services. You can set up your own fully functioning marketplace in the time it takes to install the script.

The following plugins are required

Adds location based features, such as Country and State.

Adds location based features, such as Country and State.

The following theme uses this plugin 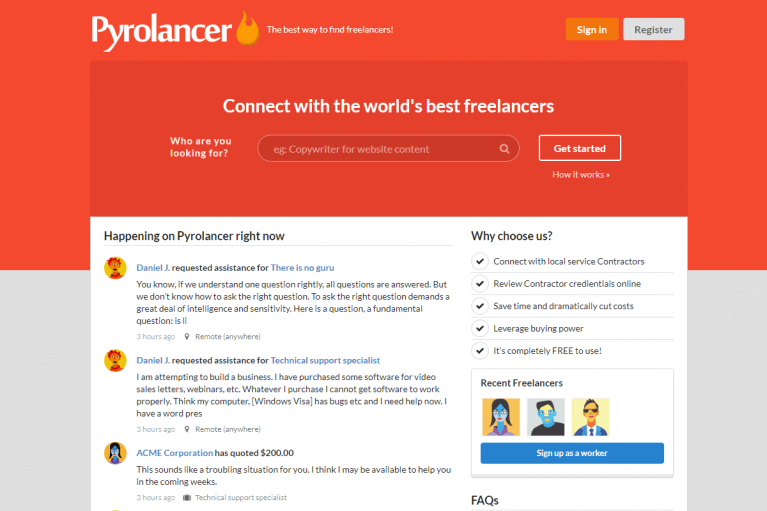 A freelance marketplace website for remote and freelance workers. 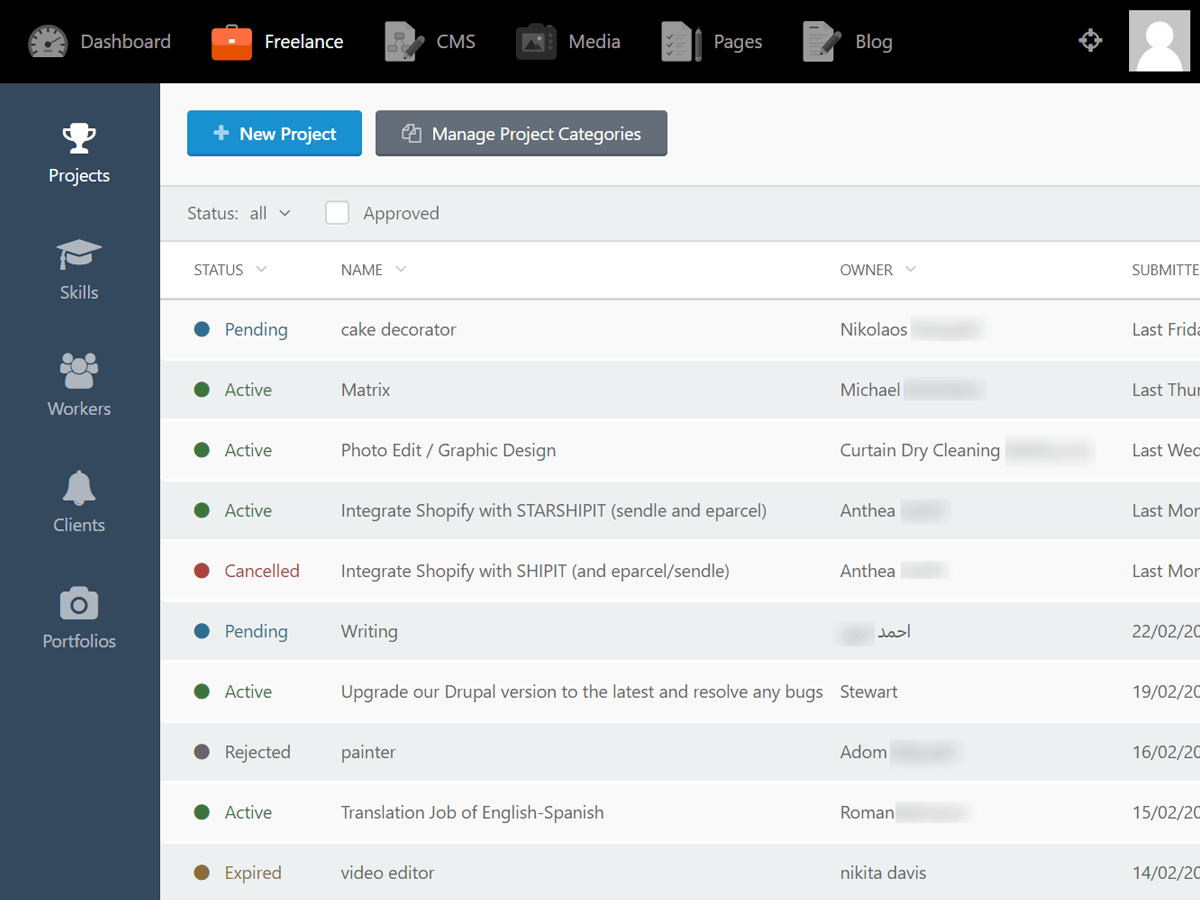 These are the notification emails that are sent using Pyrolancer.

A project can exist in one of the following statuses:

The worker has been chosen and should confirm the acceptance. If the worker does not reply within 24 hours, the client has the opportunity to select someone else. If nothing happens for a calendar month (30 days), the project moves to Cancelled status.

Project is held in this status for 2 weeks (14 days). During this time the client or freelancer can modify their reviews, then they are locked. If no review is left, an automatic 5 star review is given with no comments.

A project has boolean flags:

There are several areas where a fee may be collected. Some examples:

How to implement payment options

Download the Responsiv.Pay plugin that will provide payment gateways and invoicing options.

Today we are announcing a new pricing and service structure.