Note: This plug-in extends and depends on the RainLab's Blog plug-in to generate the feed.

An on-the-fly, W3C validated, customisable RSS feed builder plug-in. The generated RSS feed was built according to the W3C standards. It includes all the required tags as well as a few optional ones, like copyright, feed category, feed language. These optional tags can help feed aggregators to better promote your feed.

The feed is built on request, so it always generates an up-to-date feed. The plug-in is very customisable by both end-user as well as extendable by other developers. 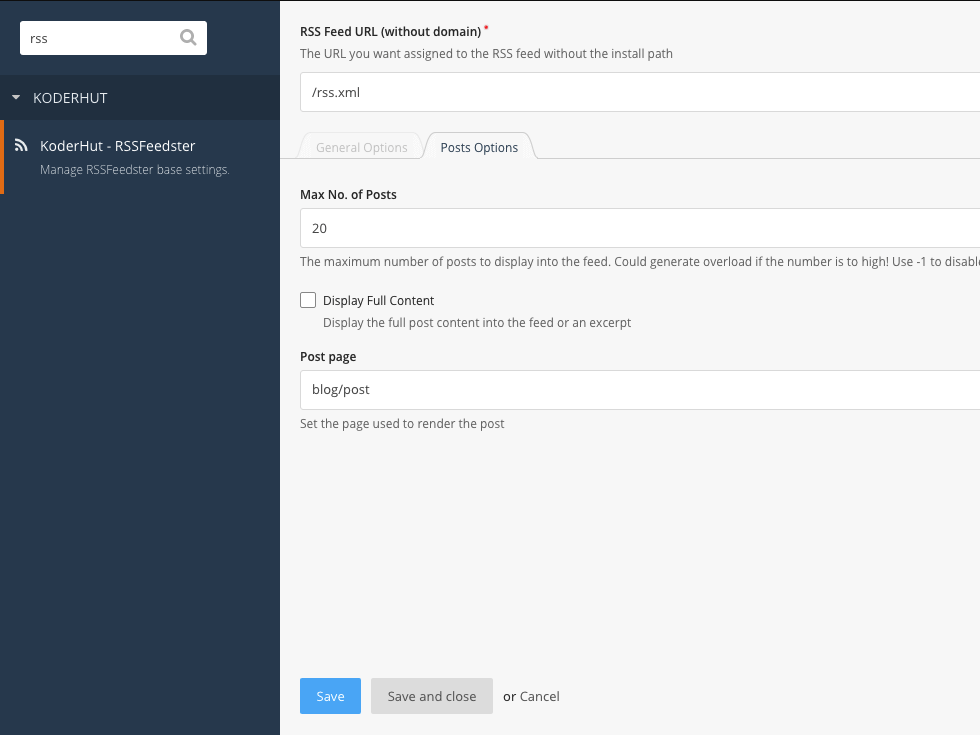 Just install the plug-in via the OctoberCMS market by looking for KoderHut.RssFeedster. You can also download the code from Github@rssfeedster. After installation head to Settings > KODERHUT > Koderhut RssFeedster and set the following required configs:

on the 'GENERAL' tab:

on the 'POSTS OPTIONS' tab: