On our blog, we try to tell stories about October CMS users from all over the world. Today we’re excited to interview Wachem Huyge, a freelance developer from a small village called Hillegem, located in Flanders, Belgium.

Wachem is a person of multiple talents, which include programming, music production, and graphical design. Besides his stunning websites, he’s also known for creating artwork for different Red Bull campaigns. An example is this beautiful festival packaging: 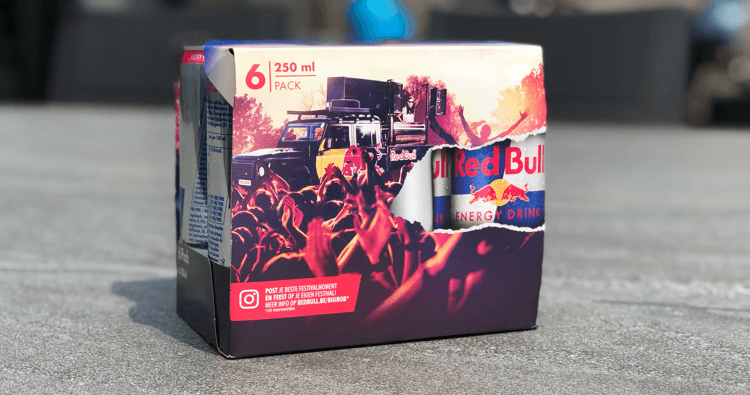 Wachem has been working as a web consultant since 2006, and provides a full range of services. He has a diverse clientele located all over Belgium - from small business owners to large companies. Using October CMS as a foundation, he created a variety of company websites, eCommerce stores and successfully launched many other projects.

Just to name a few:

Before Wachem started using October CMS back in 2017, he had his own content management system which he developed and used for over 10 years. It started with a simple back-end that evolved to a fully functional CMS with image croppers, user management and other essential features. The idea was to provide a simple, clear backend for clients. As time went by, this ‘simple backend’ gained more functionality and grew.

Together with the growing functionality, many things became outdated or deprecated. For example, the almost forgotten trick with using Flash for file uploading. Maintaining the code and keeping it up to date was taking a lot of Wachem’s time. The code became a bit messy and contained a lot of unused sections. After a couple of years, the UI also needed a review and redesign.

In general, the system became a dinosaur in comparison to the current web standards.

The choice was either to redevelop the CMS from scratch or find a suitable alternative. After some research and Googling, Wachem found October CMS and decided to give it a try. He created a small website and saw the advantages. At that point, he decided to keep on using October. As he explains, he didn’t encounter any technical challenges with the transition. It was a logical choice from a business perspective:

The backend development time has decreased a lot! It’s super easy to add extra data to models and display them in the front-end using Twig. The reusability of private plugins is fantastic, just copy the folder ‘et voila’. It’s clean and straightforward. Another great thing is the ease of translation management for multilingual websites. In the end, we can create beautiful projects in less time and that’s better for business.

Since the transition, Wachem has built dozens of websites with October CMS and has become a big fan of the platform. October has become his primary tool. Wachem also builds a lot of plugins for his business needs and uses them in multiple projects. His clients are happy and the general feedback he gets is the ease of use.

Currently, Wachem is developing a SaaS platform which will be launched this summer. He can’t say a lot about the project but it’s the next big step while using October CMS.

By tradition, we asked Wachem to share his wishes for October CMS:

I hope October CMS will stay quality over quantity.

Check out his portfolio at www.core-graphics.be.

We are always happy learning and sharing stories of October CMS users on our blog. Please don’t hesitate to contact us if you have a story.

One hundred small businesses will get all the required licenses from the list of the Shopaholic products (plugins, as well as themes) for free to run their online e-сommerce projects.